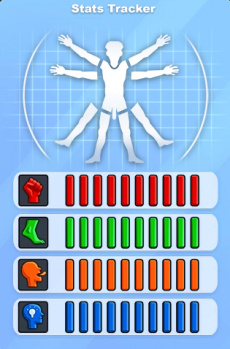 As a result, the higher are the main character’s stats, the further the player can advance in the game. To be noted that each walkthrough article preambles the levels of statistics expected. It is preferable to get them before beginning the route.

Charisma unlocks new dialogue options and enhances the power of persuasion of the main character. Succeeding in the rap battle minigame in the park at night is the way to increase this stat. The player will have to surpass three opponents.

Intelligence is used to unlock new dialogue options. Playing the Maze Runner minigame on the monitor in the main character’s bedroom gives more intelligence. The computer needs to be repaired first with the parts bought for $200 from Consum-R.